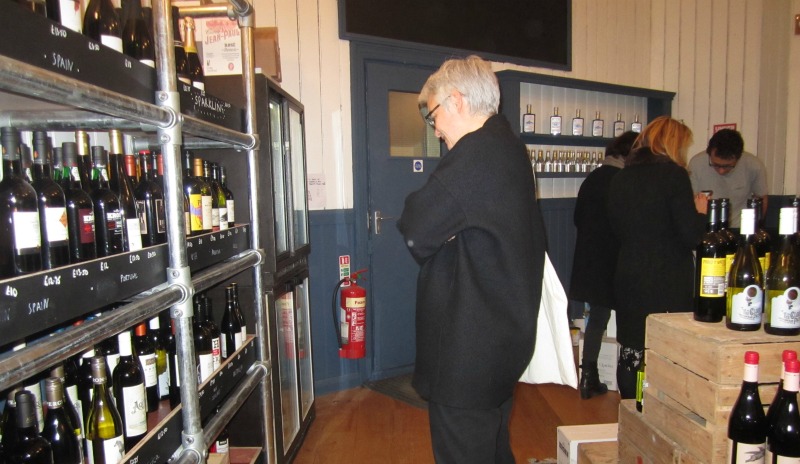 We got there at around seven and it had opened just twenty minutes before. As is always the way, last minute jobs plus cleaning took longer than expected and Liam, the owner, said he’s given up lugging beer from the basement. There was enough on show to be going on with though.

I’m looking forward to exploring the stouts. I did buy a bottle of Redchurch’s Old Ford Export Stout which was nicely bitter with a bit of a tang and an elusive hint of something caramel. It also had an enticingly dirty looking froth. A nice drink, though at a hefty 7.5%, one bottle was enough for me on a Thursday evening.

In the interests of balance, I’m still a fan of Dickson off license over the road. It’s always friendly and – I’ve never known an offie to do this before – has also handed out free samples. I’ve gone home with an extra bottle of beer or a miniature of vodka before!