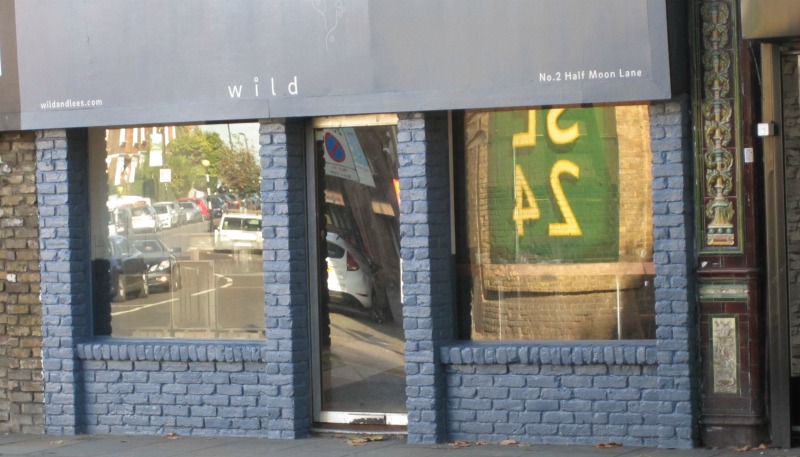 Having something for people to sample will be part of the shop’s ethos. Inspiration comes from Herne Hill’s Sunday market, where all sorts of delicious titbits are available to sample. Liam will also be able to tell customers about the producers and help match wines to foods.

Like a lot of people he had a hankering to do something “small, local and bricks & mortar” and gradually his thoughts turned to wine. It was watching the wonderful wine road movie, Sideways that gave him the impetus and redundancy from a media tech job the opportunity. 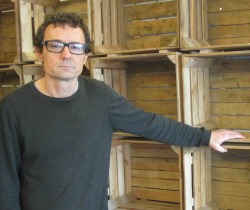 More organised tastings and other events are planned. There’s a book signing from a wine writer in the pipeline and he hints at possible hook ups with other local businesses. Watch this space.

And so to the range of drinks; the classic wine styles will be well represented, with plenty of examples from France, Spain and Italy but Liam’s also winkling out interesting wines from Greece, Austria, Germany and Lebanon.

We move on to beer. “I’m a huge stout fan. I’ve probably over bought!” There’ll be a selection of IPAs, lagers, blonde beers and a smattering of porters. “My brother is my beer consultant. He spends more time in tap rooms that I do”. As well as local stuff from Canopy, Bullfinch and Brixton breweries they’ve unearthed craft beers from unexpected sources like Italy and Greece.

While I’m there, Liam gets a call from his wife who is testing some pork scratchings for the shop. “At ten in the morning, that can’t be right”, he laughs.

I ask him to pose for a pic and he stands in front of the empty selves. This time tomorrow, they’ll be fully laden.

wild + lees is at 2 Half Moon Lane, under the railway bridge. Opening hours will be midday to 9.00 pm.