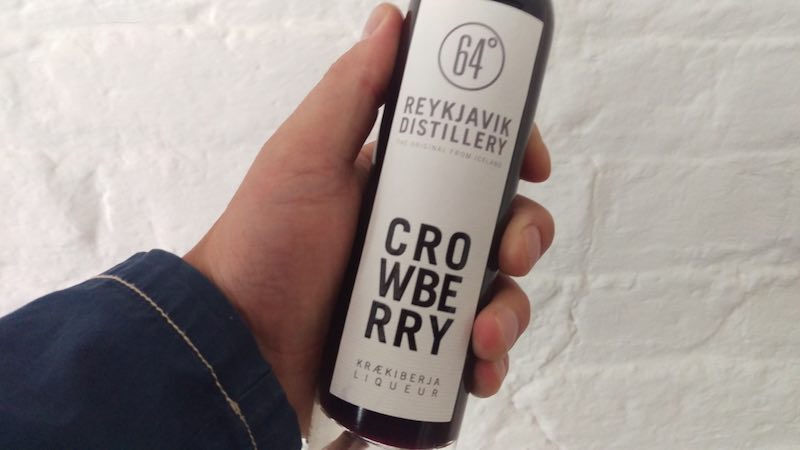 In the mouth it leaves an oily coat of fruit and has the inevitable one more glass syndrome. Crowberry liqueur could be a really popular addition to the approaching darkened evenings where comfort is sought in the pleasure of (slightly) more potent tipples. 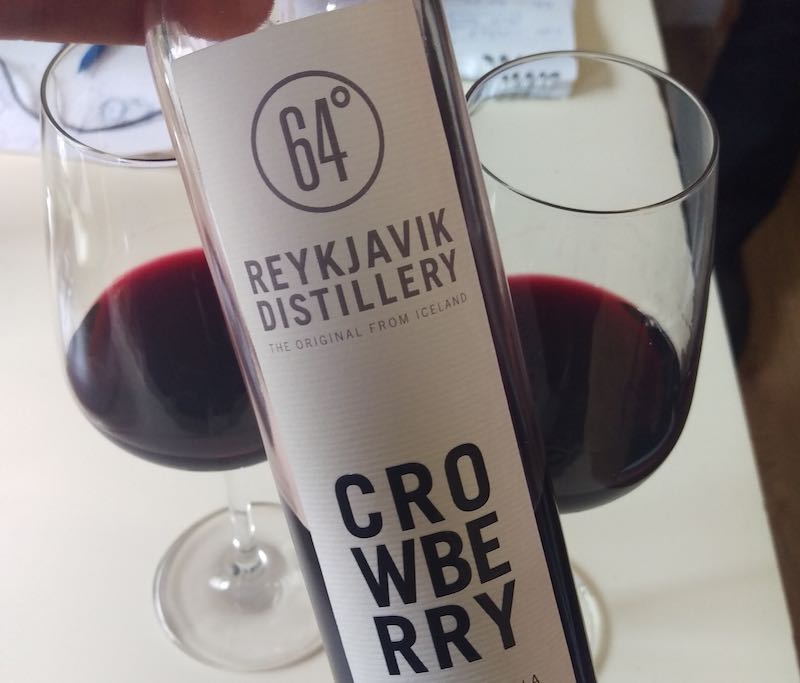 The crowberry is an unprepossessing fruit. It doesn’t have a lot of flavour or juice. It looks a bit like a much smaller blackcurrant and grows on ankle-high shrubs in lava fields all over Iceland. It shares its habitat with tastier and more aromatic thyme, bog bilberry and sorrel. Despite crowberry’s modesty, it is the basis for a richly flavoursome liqueur from 64° Reykjavik Distillery.

The financial collapse of 2008 hit Iceland very hard. This ‘kreppa’ led to the pots and pans revolution, where people noisily protested outside parliament. The crisis turned out to be the catalyst for another pots and pans revolution, this time a culinary one. There has been a surge of interest in food and drink, with craft beers, organic meats, farm shops and the hit republication of a 1947 cookery book called Matur og drykkur which translates as Food and drink.

Alongside this came liqueurs and spirits, made from local ingredients, and 64° Reykjavik Distillery has been in the vanguard. InDulwich plans to sample the rhubarb liqueur soon.