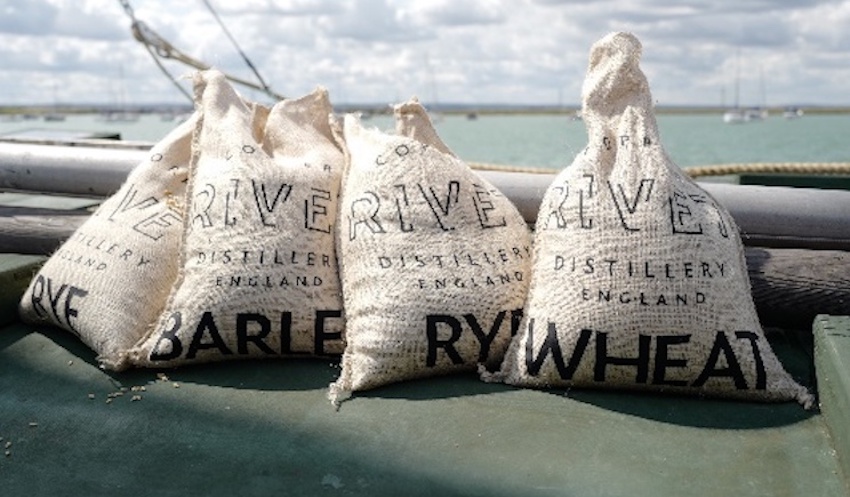 Talk of vintages is usually the preserve of the wine industry but we should keep in mind that other drinks that we like to consume are also dependent on the terroir characteristics such as climate, altitude, soils, and other factors relating to the place where crops are grown.

The Copper Rivet Distillery, ideally situated on the banks of the River Medway in Kent, welcomed delivery of its Holy Trinity of cereals from the 2019 harvest, ready to distil the next vintage of its Dockyard Gin.

The first sacks of the wheat, barley and rye, grown for Copper Rivet by the Burden family on the neighbouring Isle of Sheppey, were delivered by the 113 year old grain barge, the Edith May, after a three hour voyage from the island to Chatham.

Stephen Russell, co-founder of his family’s distillery, comments: “There are only a handful of gin distilleries to make their gin from grain to glass. Most buy in their neutral spirit, and then re-distil it with their own choice of botanicals. There’s nothing wrong with that at all, but at Copper Rivet Distillery we want traceability in every small step of our production process; and we believe that choosing the right cereal - or blend - is important to our gin’s final flavour.

“The French have a big thing about ‘terroir’, and how the soil, wind, heat, height above sea level or proximity to the sea or trees can affect the flavour of their grapes. Our family think the same is true with grains, and we choose specific cereal varieties to grow in specially selected fields in order to give us the complexity we seek in our spirits.”

Copper Rivet Distillery was started by the Russell family in 2016 with a dream of producing as Kentish a gin as possible, so as to reduce food miles and support their county.

Though sourcing all of the distillery’s nine botanicals in Britain is still not easily possible - coriander being the exception - the cereals are grown locally and the spent grains (their natural sugars by then gone into the gin) are returned to the farm and fed to the cattle which provide manure for the next season’s crops.