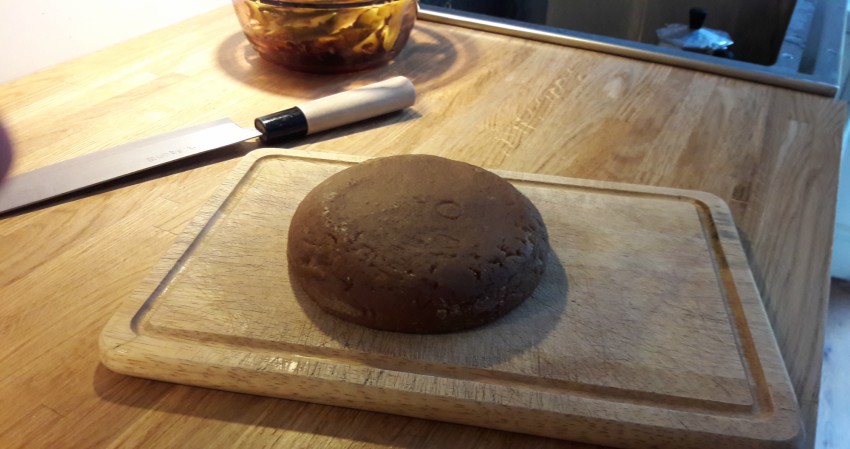 The ingredients are panela, raw cane sugar which comes in a block, the skin and core of a pineapple and water. Wild yeasts take care of the fermentation.

I bought some panela in Brixton market and had another go. Unfortunately, it went mouldy. Now, since the successful version bore a passing resemblance to Gosnells mead in terms of strength and body, I asked Tom Gosnell whether he’d like to have a crack at it. He gamely agreed.

I dropped off pineapple and panela and Tom introduced me to another Tom, the company’s brewer. He gave me a quick chemistry catch up, giving some reasons for why my attempt failed. The wild yeast in the air would match that in the pineapple in Colombia (obvious when you think of it) but not here is one possibility and the role of the flesh eating enzymes on pineapple another.

Watch this space for the results of the experiment.