Prince Luitpold of Bavaria has been in London this week extolling the benefits and joys of beer drinking. During a lunch the Prince gave at Royal Windsor Racecourse on Monday we were served a different beer for each course. The pairings were surprisingly better than I expected (being a more wine orientated drinker) but, perhaps given the profiles of the different beers, they are more obvious than we might imagine.

Kaltenberg beer, of which Prince Luitpold is the CEO, is based at one of his castles in Bavaria and he makes no bones about it being “royal beer”. The equations are quite simple: drier blonde beers that have a refreshing mouthfeel are great for dishes like salmon et croute. Darker beers, Dunkel, have a natural affinity with goulash style courses, as well as slow cooked meets, in darker heavier sauces. The rich malty, chocolatey flavours of these Dunkel make them great colder season food partners.

Then, of course, there is the strudel dishes and for this it has be Weissbier. Light and fruity and perfectly refreshing. The two together go hand in hand.

The Prince made other suggestions for food pairings but seemed most keen to emphasise that beer is not just for session drinking:

“We have beer at any occasion as an option. There is no state reception where people are only served Champagne or white wine. You would always have the opportunity to have a beer! The same applies to a wedding or whatever the occasion is.

“Nothing against a decent wine; a good white wine, red wine or Champagne… but it is about giving them a choice. Even at a wedding party we would have people who would prefer a glass of beer to a glass of wine. If this is so then they should have the choice.

“It is a case of social acceptability, not flavour. In many cultures it is socially unacceptable to have a beer at a state reception. It has to be a Champagne. The French did a better marketing job!

“I think it would be totally unacceptable not to have a beer, as an option!”

Perhaps having a brewery in one’s own castle makes it easier to ensure that beer is always on the menu at state receptions. The Queen of England now has her own vineyards on palace land producing sparkling Champagne equivalent bubbly, and is also very publicly serving English sparkling wine at state events. Could it be a while before Her royal hops become a staple offering for visiting dignitaries?

Even in this respect the Queen is quite avant garde. When we consulted one of the UK’s most prestigious wedding planners, he said “For our clients it has to be one of the top Champagne houses. Maybe a beer later in the evening but not before or during the dinner.” And for English wine: “Hm, our sommeliers tell us that people aren’t asking for it yet. If it is good then people will eventually ask for it.” 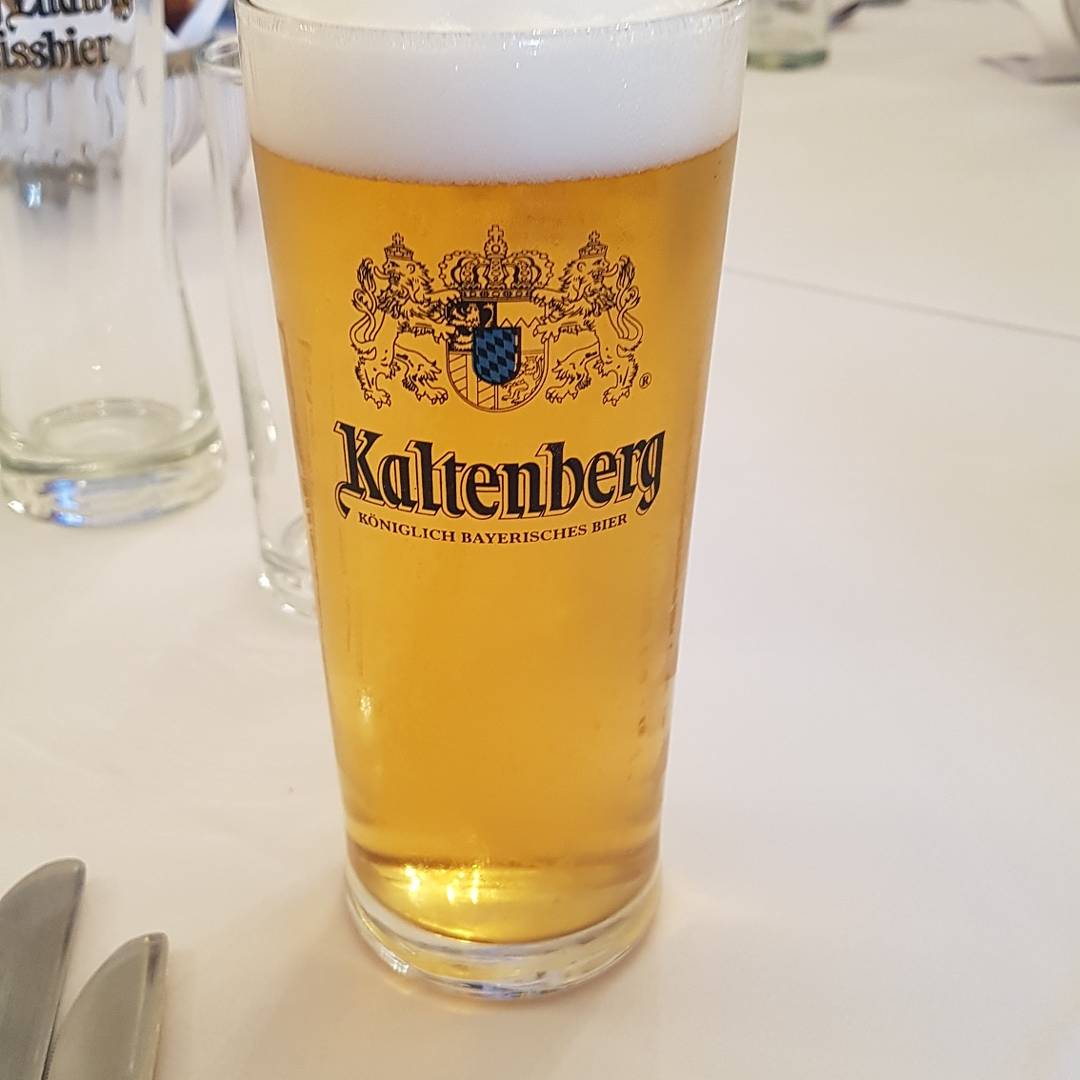 Kaltenberg Royal lager is, as the Prince says, the perfect aperitif. I had a glass on arrival and found it very refreshing. Plenty of the essential "one more glass syndrome" going on there! 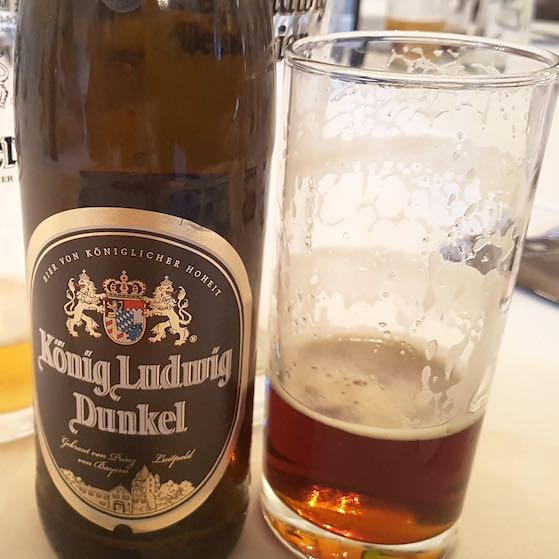 König Ludwig Dunkel (5.1%) - richer and round in the mouth with full malty, slightly chocolately flavour. A thicker mouth filling texture that means it stays the course with roasted or stewed meats in sauces and gravies. A great match and one I hope to be repeating over the oncoming darker months! Very enjoyable. 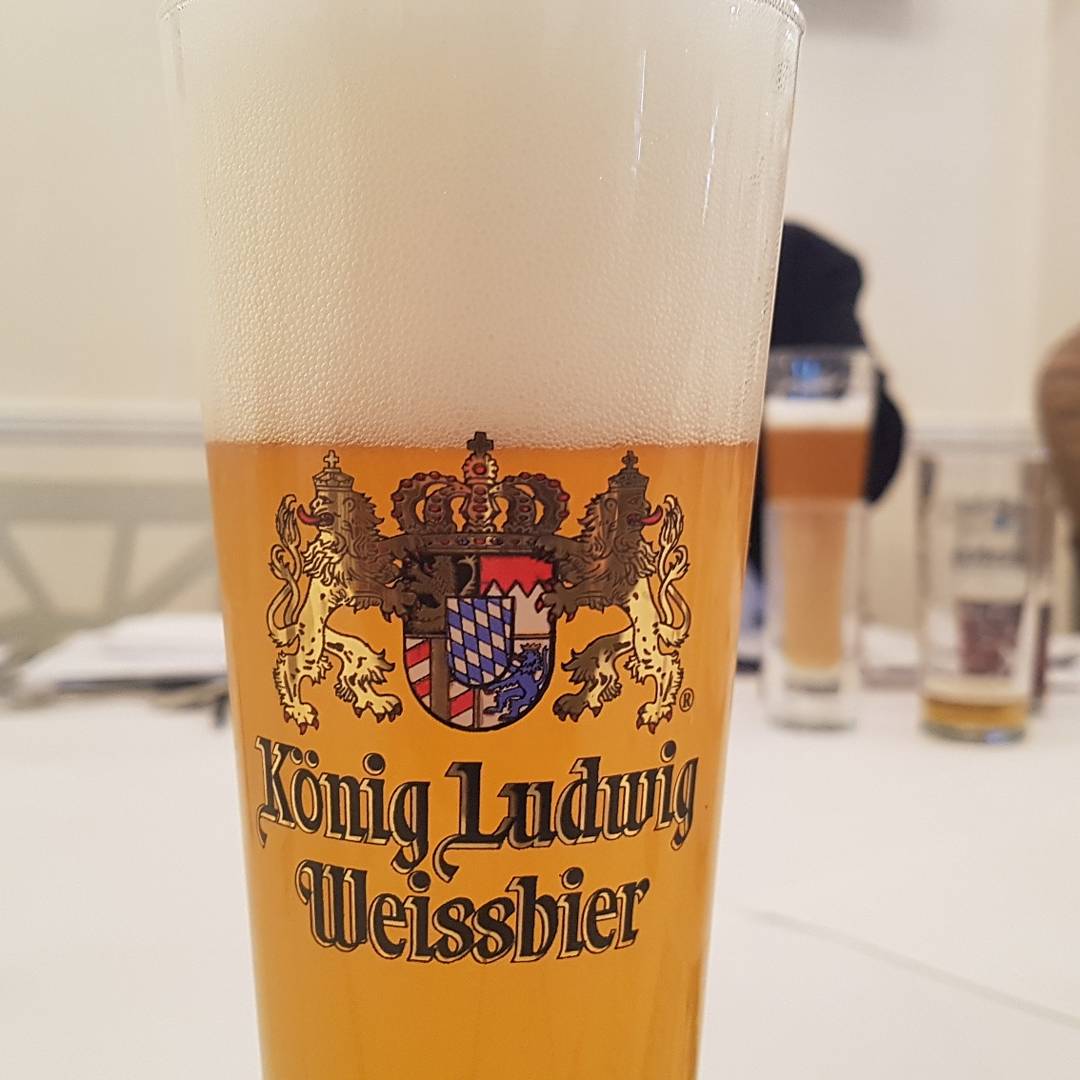 König Ludwig Weissbier Hell (5.5%) - I am not sure why this has the word "Hell" attached to it. Good marketing for the devil? Contrary to the dark and firey pits of Lucipher's domain, this full flavoured weissbier packs plenty of citrus fruit that make the drinker say "Ummm".

A real mouth cleanswer that works very well after the maincourse with the strudel, leaving the palate clean and wet and wanting for another glass. In fact, that is exactly what I did.

I enjoyed the König Ludwig Weissbier very much.