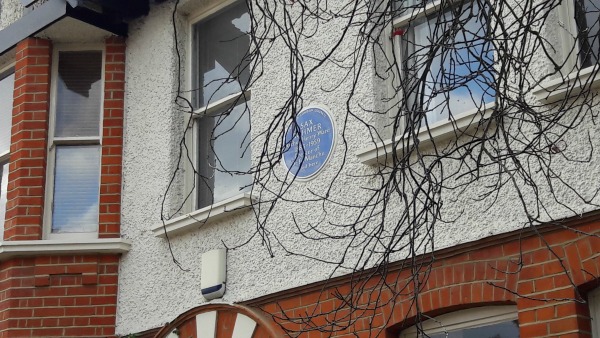 A great opening for a novel, though of course the “cruel cunning of an entire Eastern race” and “yellow peril incarnate” belong to a time long ago. The man who wrote it lived locally, on Herne Hill. His name was Arthur Henry Ward but he wrote as Sax Rohmer. 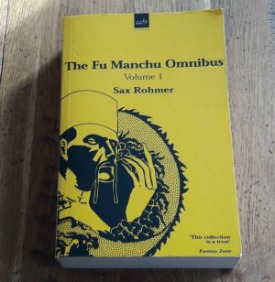 The first Fu Manchu novel was published in 1913. The Chinese Revolution had overthrown the last imperial dynasty a couple of years earlier and the Boxer Rebellion was still in the popular imagination. Pseudo-science was being used to promote a hierarchy of races, while the old Chinatown in Limehouse mixed allure and menace for some opium-wreathed Orientalism. Britain in the early part of the twentieth century was receptive to Rohmer’s imagination.

I’ve read three of the thirteen novels and they crack along with vim and verve, though they also grow pretty repetitive, as the Holmes & Watson-like, Nayland Smith and Dr Petrie run into and out of peril. However, there’s no getting away from the fact that they are racist.

Rohmer was a product of his time but because the Fu Manchu books were his main output, the racism is at the heart of his legacy. HG Wells for example, could be more far more overt on occasion (e.g. The Sleeper Awakes) but it wasn’t central to his stories, so it isn't what he is remembered for.

Fu Manchu was a movie staple from 1920s to the 1960s, with another local boy, Boris Karloff playing him in 1932. The best known screen version is probably Christopher Lee in a run of movies in the 60s. At the end of each one, he intoned over the final explosion, “The world shall here from me again”. Instead, Rohmer’s creation is drifting gently into obscurity.