The ground floor is the main space, with the lovely glass dome over what was the main library. The new plans show that room, plus the old stock support room on the ground floor and the lecture room above it as “flexible community space”. The two rooms on either side of the main entrance are shown as “flexible community space and community library option”. Lambeth Councillor, Jim Dixon,  says one of them is likely to become a cafe and the other to house the new library. 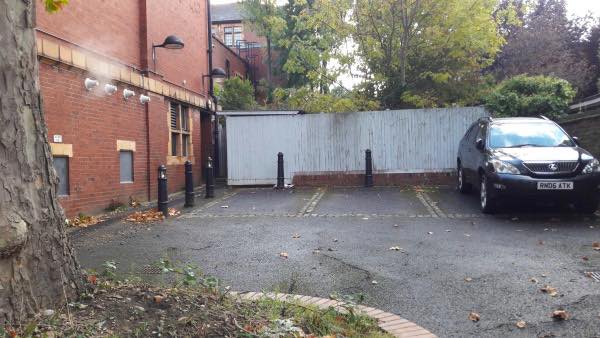 New entrance proposed on the rear side of the Carnegie Library

What “flexible community space” means will depend on how the rival business cases from the Friends of Carnegie Library and the self-styled Carnegie Community Trust are received and what else GLL wants to do with the space. Whether there will be room for non-commercial activities like adult literacy classes, remains to be seen.

Among the uses that may be put forward are rented desk or studio space, seminar hosting, fitness classes, a film location and use an events space, including for weddings, though the reduced garden space will make the latter less attractive.

That’s one half of the story. The real other is the complete lack of a GLL business case. How many people does GLL expect to sign up for the gym and what revenue will that produce? Dixon said that GLL is still crunching the numbers and a GLL representative said even less.

It is impossible that GLL would enter such a project without having put together a revenue forecast. The plans do show a ten minute walk-radius around the Carnegie that is expected to be the catchment area for the gym. Apart from confirming that it will be in competition with the likes of JAGS, Brixton Rec and Fisson Fitness, it doesn’t tell us a lot.

Jeff Doorn, Chair of the Friends said everyone knows that the gym will fail and it’s what will happen to the building next. The lack of anything from GLL lends credence to that view.

Two niggles now. Firstly, gym users are expected to come mostly on foot, by bike, or by public transport. The plans show space for an eight bike rack, which doesn’t seem much at all.

The council produced a fact sheet, which compared the current security costs of £5,400 a month with the library’s running costs of £13,300. This isn’t a very honest comparison, as it ignores both current running costs (the puffing steam this morning, showed the central heating was on) and the revenue it was making from desk rentals.

The way in which the Carnegie was closed was controversial to say the least, including the desk renters (and here I declare an interest, as I was one) being booted out with no notice. It led to the well-publicised, nine day occupation, which reflected public anger at the closure.