The Monastery Of Saint Catherine - Out Of Reach & Removed From Time

A few years ago at the Royal Academy there was a show of Byzantine Icons, many of which had been sourced from the Monastery named after Saint Catherine 5000 feet up near the spot where Moses received the commandments from God. The Monastery itself is now a small fortress and the treasures within have survived their own existential threats including those posed by the iconoclasts where much art work of substantial beauty was destroyed throughout Byzantium. The monastery being so hard to reach was left alone.

The British Artist, David Roberts RA spent a great deal of time traveling through the Holy Land circa. 1839. He produced a number of spectacularly beautiful works that bring to life the whole region. His journey started in the Egyptian capital and he traveled to the Sinai Peninsula and on to Petra in Jordan and on to what is now Israel.

Roberts does perhaps epitomise the “orientalist” period and his pictures are as much a travelogue as they are great art. They bring the viewer in, offering a taste of the landscape, the period, even a chat with the local people of the day; a rounded insight that is cerebral in impact.

The Chapel of The Monastery of Saint Catherine (Source: Darnley Fine Art)

A few years ago I spoke to the artist Maggi Hambling about repeating David Roberts journey in a contemporary context. Maggi said, “Great idea but I am not a topographical artist!” She did however, suggest one of her students whom she described as “brilliant”. We contrived a documentary series in the footsteps of Roberts where Maggi would be the mentor and advisor, offering her own brand of sincere and charismatic advice. I still think it would have been a wonderful journey to take but sadly the Arab Spring was break out just at that time and the whole region became unstable. Trying to consider any documentary commissioner to fund such a project would have been a waste of time. 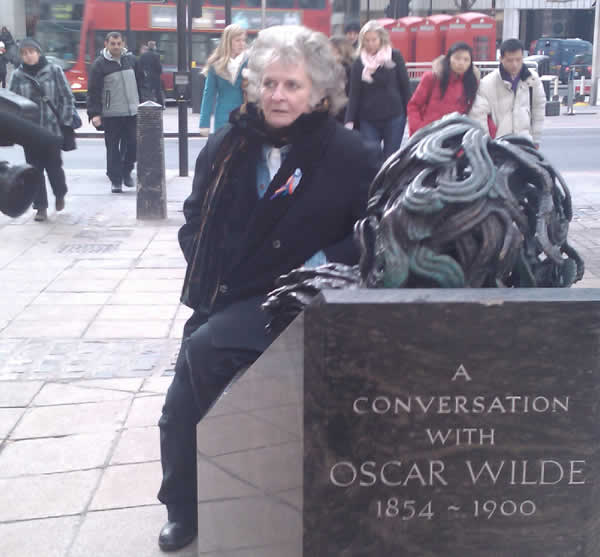 Provided the treasured icons survive this current period of tumult that is still lingering in the Middle East, we can but hope that one day we’ll be able to travel in the footsteps of David Roberts and taste the landscape and experience that he felt nearly two centuries ago. In these ancient landscapes nothing much seems to change, even conflict is nothing new!