We were in Streatham a few days ago and decided to pop into a favourite restaurant for some noodles. Lo and behold, our beloved Oishii had gone and in its place was Saigon Bistro (or will be very soon).

We’d been going to Oishii fairly regularly since it opened about fifteen years ago. When our daughter was born, she had come with us. When she was a little older, the staff gave her bowls of rice on the house. Later she became a fan of chicken katsu don and crispy aromatic duck.

As a creatures of habit, I usually went for yaki udon and my partner for a salmon ramen. All delicious and fresh tasting and the waiters always friendly. 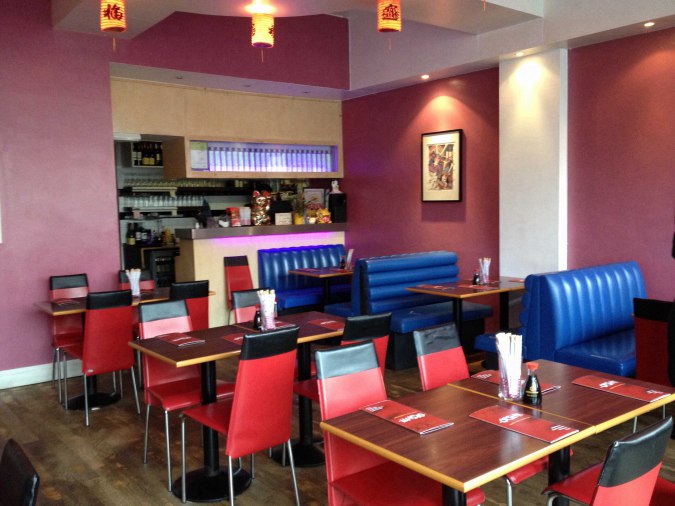 Perhaps Saigon Bistro will be lovely too but we miss Oishii and it made me think of other favourite restaurants that had vanished. I used to go to a nicely-faded, Italian place on Moor Street in Soho, called Centrale. My habit here was fusilli broccoli with a dish of dried chillies and a black coffee. I was a regular back in the late eighties, with colleagues from a company called Export Network, also defunct. I was a more occasional visitor after and then one day in 2004, Centrale had closed. There was a note on the door saying it would reopen nearby but it never did.

Still in the West End, a narrow staircase on Tottenham Court Road led to the basement home of Ikkyu. The joy of this Japanese restaurant was a menu full of small, interesting and cheap dishes. My favourite was grilled ochre for a pound. The routine was to order a great slew of dishes to share with friends from Little Iceland aka the block of flats over Warren Street tube station.

The final place on this little memorial list is The Gallery, near the top of Brixton Hill. The difference is that it still there, even if it’s called the Luanda Grill these days. The olives and bread, king prawns and grilled chicken in various spicy sauces and sloshes of Sagres or vinho verde were wonderful and the setting better. The galleried restaurant was painted as if the diners were in the middle of a Portuguese square. It’s on this list because the owners opened a cafe next door and cut a great doorway through to it, ruining the atmosphere and bringing a cold breeze from next door. After that act of vandalism, I never went back.

This is my personal little memorial list. Any to add to it?