Nearing the end of Veganuary; why we need to keep on keeping on! 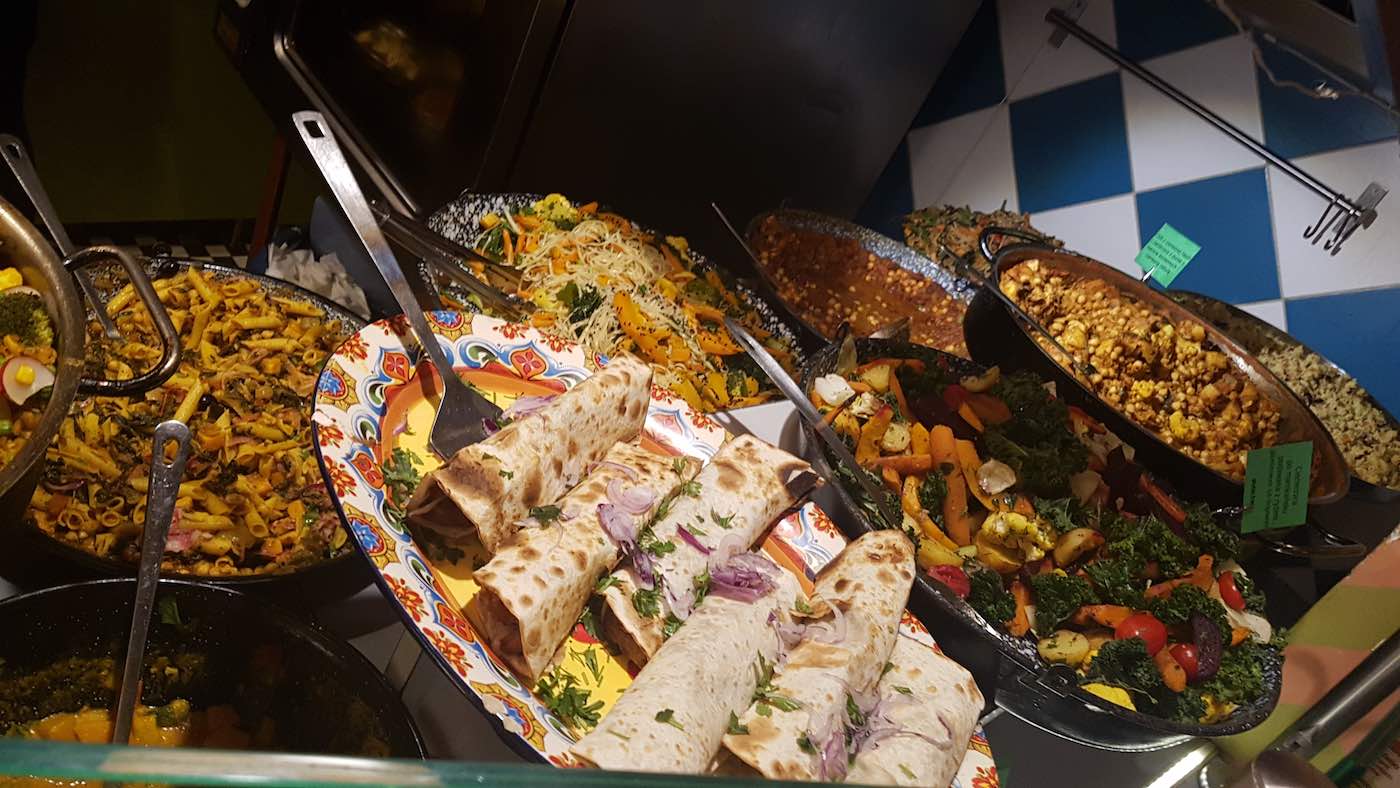 One of the biggest joys of this trial period, aside from losing 5 kilos and generally feeling less tired, has been the discovery of a wide range of flavours from herbs and spices that I had only ever glimpsed at before. Living in West Dulwich, a trip to Khan’s in Peckham Rye is like sliding through the rabbit hole into a new world of pulses and cooking supplies.

Meats in curry have always seemed like a waste of time. Cauliflower and peas in a Madras provide the same texture and satiety without the weighty bloated feeling of ingesting chunks of dubious meat. I’m told it is more in line with original Indian recipes too. In fact, a few years ago, during a conference sailing to Casablanca, I interviewed the Indian Swami, and author, Agnivesh. His one really memorable quote was to not “make a cemetery of your stomach by eating dead animals.”

At the time I thought that was cute but highly unlikely. Only after a recent return from Galicia in Spain, where I had seemingly consumed my own bodyweight in seafood, meat, and wine, did I recall Swami’s words with a sense wistfulness.

Learning from the young

Working with students in the area of climate change, I have found it more and more difficult to look them in the eye on certain matters. One is flying, and the other is diet. These young adults all fly infrequently, preferring trains and other innovations such as Blah-Blah Car.

When it comes to food, they know that eating meat, especially red meat, contributes massively to global emissions of carbon dioxide, the number 1 greenhouse gas. In the last 2 years, emissions have started rising again globally signaling an existential crisis for humanity.

Thinking about global equity and our children’s safety

At the other end of the spectrum, the Asian middle classes are rising. That is a very good thing because we must all seek to eradicate poverty. To accompany this rise in quality of life around the world, we must also try lead by example in countries like Britain where we have historically emitted so much and are responsible for the large-scale climate change impacts that are coming.

At a talk in the Bluefin Building in Southwark that I attended last night, it was pointed out that if the rising middle classes start to consume meat to a level equal to the average American (as early indicators imply), then the Earth will run out of grazing land within 5 years.

Being in my 40’s it is no great challenge for me to stop consuming meat and to reduce my flying considerably. I have had my meat and eaten it, to adapt a phrase. If I care about the welfare of the next generation, my nieces and nephews as well as other peoples as much as I say I do, then removing support for the destruction is no big ask.

Change of palate, change of heart

Most people I know who have not started this plant-based journey yet (not a speculative yet), are intrigued as to how I cope. In truth, I too was very skeptical as to how I would last. In practice, it has been much easier than I imagined. I have not wanted meat at all, or cheese, or butter.

It was only when I was gazing into my phone screen at a never-ending scroll of food dishes and wine barrels, that an image of rare sliced beef came up. My cognitive processes would have previously made the sides of my cheeks produce saliva in anticipation of pleasure, but something had changed.

Instead of attractive looking rare steak that would pair nicely with a glass of Malbec from Cahors, my brain sent me messages of alarm at seeing bleeding flesh, as viscerally as if it were a gashed human leg.

These new sensations serve as a kind of redrawing of my dietary needs. I don’t feel longings for meat or dairy products.

Suffice to say that I’ll be continuing this journey beyond January and into the successive months. On a planned journey to a conference in Porto in March, I’ll be training through old stomping ground such as Paris and Madrid. Along the way, I’ll be checking out vegan cafes and hotspots that define the new France and the new Spain, and of course, the new Portugal.

As this marginal vegan movement sweeps into the mainstream, it has deeper meaning and connections to our future, from our own health to our children’s wellbeing. I’m amazed I am caught up in it but am also grateful for the exposure to a new way of enjoying life!